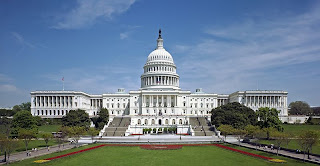 The Capitol Building, home to the US Congress

I already have Turn 8 in the bag, but I’m going to spread the posts out a little, so don’t expect that one just yet.

As the third day began, both sides set about repairing their down planes. Israel fixed the F-16 from 201, but one of its precious tankers was still down. With four of the seven available tankers committed to the Qom strike, the options for other strikes were severely limited.

Iran had a significant number of successes repairing its aircraft and getting the squadrons operational, deciding to put one of the MiG-29 squadrons on active patrol and seven others on alert for any further Israeli strikes. It also rotated F-14s to make sure that each of the detachments in the west and north were at full 4-jet strength.

I was using the maintenance rolls, but taking one from the dice roll. This had some widely varying results – and I have found some unofficial rules on Boardgamegeek that will help as well. You can change alert status once per game day.

Unfortunately for Iran, an embarrassing scandal involving a war hero broke out. Dealing with *that* meant Tehran could not deal with few other political issues on this day.

Strategic Event roll (done later on, but it didn’t affect the earlier play( after calculating the point allocations for this game day. Israel gained a total of 32 points, Iran 24. Iran then lost 5, all political points, due to the scandal. Unfortunately for Iran, the river it currently has is pretty much all political.

Israel continued to remind the world of the threat Iran posed it and the tactic was working… the GCC started to move to its side and the USA were moving towards open alliance. Iran’s sleeper agent gave them some intel, but then the bombshell hit…

Israel successfully lobbied the US Congress into supporting American strikes on Iran. This was a big win for them; B-2s and F/A-18s now could be used for attacks from the south.

The game currently allows for Israeli planes to operate out of US bases in Iraq; I ignored this as there are no longer any bases there and it will probably go in any reprint.

The timing was fortunate, as Iran revealed more photos of the Turkish Defence Minister in bed with prostitutes. He was fired and the new minister refused any further Israeli strikes across Turkey’s territory.

Iran had 29 more breakdowns, including the entire F-5 squadron on the southern approach…