In the grim darkness of the far future... Warhammer 40,000 comes to Phoenix

A new sim has been set up by the excellent William Smith in the Science-Fiction sims section: A Few Good Men, set in the universe of Warhammer 40,000, the popular tabletop game from Nottingham-based Games Workshop (Silent Hunter's recommendation check out Warhammer World if you're ever in that part of the world of the UK).

Focussing on a squad of Imperial Guard on the agricultural world of Bresbrinlia, this will be a tale of combat against unspeakable horrors, in a galaxy at war.

The forum is here. Join the Emperor's forces today!
Posted by Silent Hunter at 03:12 No comments:

The discussion over the Star Trek sims has been resolved and RPing is now moving forward.

Starbase 222 will be mothballed until further notice. USS Repulse will be our solo sim in the Trek area.

The latter sim has been revitalised with new players and a new CO: Captain Anna Heinz, played by Silent Hunter. Hunter, who has never played a Federation CO before (but did do a Klingon one in the old country) will lead the ship on a new five-year voyage to boldly go where no man has gone before.

New players are welcome to join the sim; it's best to get in at the beginning before Repulse leaves Earth.
Posted by Silent Hunter at 02:58 No comments:

As his sim, Atlantis, becomes the first Phoenix RP to hit a thousand post, I interview one of Phoenix’s best known and most-respected players, Mike Palmer.

Mike, please tell us a little about yourself.

Hey, Silent, thanks for the kind words. To give you a little about myself, I live in the suburbs of Houston, Texas, and work for the city of Houston where I help educate the public about the merits and practices of residential recycling.  I am happily married with two sons, one age 25 from a previous marriage to my late wife, and one age 2 and a half with my current wife.  I have graduate degrees in Higher Education from Tennessee Tech University and Appalachian State University, and lastly, I am a Vietnam Era Army veteran.

So, how did you come to be a Firefly fan?

I've been role playing and wargaming since 1977, and always enjoyed playing Traveller, as well as most other Space Opera games and TV shows.  When Firefly came and went, like most of its fans I bemoaned the loss of a great show that was never given the chance to shine.  Then about five years ago I was surfing and found the AJJE Games website, which offered a Firefly sim called LOTW (Leaf on the Wind).  I had signed up for the Star Trek sim, but wasn't happy with the way the game was run, so I changed over to LOTW with great hopes.  In short order, I became hooked on the RPing game and the genre of the wild west in space.

You are most renowned for the former Prinz Eugen, now Atlantis. This mercenary ship won two Sim of the Year Awards at AJJE and is now due to clear 1,000 posts before any other at Phoenix. How did you come up with the original concept?

Yep, a fact of which I am painfully aware at times.  But I have always loved role playing, and I have also been able to identify with and find acceptance with younger players.  It's a blessing, really, though one not understood by folks my age.

When AJJE Games offered me my first command in March 2007, I thought about the LOTW concept and created the Prinz Eugen to provide a fun atmosphere for my players.  Ash Plom was our original GM, and he was offered his own ship at the same time, hence the birth of the Elemental.  I originally designed the sim for up to 22 players, and by separating the action into various groups of players, we could maintain an active storyline with ease.  I believe we only hit this threshold for about a month, but it went as smooth as silk. I originally required players to post at least once every three days, and the fun of the story motivated people to meet or in most cases exceed that guideline.

Most people enjoy combat and action in their gaming environment, and we gave them that in spades.  It was an exciting sim that has continued on today at Phoenix Games with many of the original players aboard the Atlantis.

We actually won three Sim of the Year Awards, for 2007, 2008 and 2009.  I believe if we'd still been playing in our original venue, that we'd have had a good shot for a fourth award, but it would have been a close thing with all the rising stars we had selected as COs.

What has been your favourite moment on the sim so far?

Far and away the biggest and brightest moments for me on the Atlantis have been the gathering of old hands from the Prinz Eugen as we re-establish the sim's cast of characters on the Phoenix Games site.  I believe there was a lot of emotion from everyone as my loyal veterans made their appearances and re-entered active play in the storyline.  Sure, we've been kicking bad guy butts again in the Rim, but the reassembly of old friends has been the real joy for all of us.

So, for those of us who don’t participate in the sim, please tell us about Atlantis.

The Atlantis sim is based on the last of the Iskellion Raiders from the U-War.  The Independents build several commerce raiders on Persephone to try and cripple Alliance shipping in the Black, and this ship was the sole survivor of her class.  She was mothballed by a senior Alliance officer for his later personal use, but he lost her in a high stakes poker game to the current captain, Gunther Lindemann.  Lindemann was a career officer on the Silver Star Lines, a luxury passenger line operating several Floating World class liners.  He had developed the idea that if he ever got the chance, he'd like to help the residents of the Rim restore and maintain order.  So many criminals and petty tyrants had taken over planets, moons or other large chunks of real estate with the goal of squeezing and oppressing the little people to make a living.  When the Atlantis became his, along with the cash from the rest of the winning poker pot, he retired from active duty and restored the Raider to her former glory, then recruited a crew who shared his basic ideals.

As you can imagine, it is a ship of men and women who have checkered pasts, but who are basically an honorable lot, especially when it comes to taking care of their own and the residents of the Rim.  We have several ex-Independents and even Alliance veterans, bounty hunters and simple spacers who are trying to earn a credit or two.   We have been to several worlds and moons, as well as a space station or two, and have fought against those who would grind the down-trodden of the Rim under their heels.

Many crew have come and gone in the past four years... some have been killed, some have become disillusioned or bored with an honest path, but most simply scattered and wandered off when the Alliance arrested the CO on trumped up charges.  We now continue on our previous path, with a bitter taste from the high-handed Alliance experience.

What are your plans for the future in this sim?

We'll continue to ply the spacelanes and protect honest spacers and planetary residents from the corrupt, the powerful and the greedy, to represent the ideals that have motivated us.  The Captain, Gunther Lindemann, chose the ancient Chinese hero/god Guan Gong, as the standard bearer for the Atlantis.  He calls the men and women who crew the ship "The Lions of Guan Gong", as they bravely strive to follow his mantra of using our strength to seek justice for the common man, while ignoring the temptation of personal gain and enrichment in the process.  We're not warrior monks... we're just uncommon men and women with a higher ideal.  Believe me, with as much corruption and petty tyrants in the Rim as we have heard about in the official storyline, there are plenty more for the Lions and the Atlantis to deal with.

Thank you very much, Mike -  and we wish the Lions all the best!

Posted by Silent Hunter at 10:44 No comments:

Further to our previous story, Atlantis has hit 1000 posts. An interview with Mike Palmer to mark this will go up in the next couple of days.

Congratulations!
Posted by Silent Hunter at 06:18 No comments:

Award system up for discussion

Phoenix is currently discussing an awards system; Jason Andersen has submitted a proposal for one.

Thoughts and suggestions are welcome here.
Posted by Silent Hunter at 08:23 No comments:

In the year 2011, and thanks to mankind’s ability to overmedicate himself, a strain of the flu caused a serious problem: those who died didn’t stay dead. Within a year of this outbreak, the entire world as many know it had ended. Society had to pick itself up as the survivors fled underground to begin anew. What came from this destruction was a new world order full of civilians, Jumpers, Foragers, Guardians, and Cleaners, all meant to help keep humankind alive and in touch with each other. Above ground, the answer and keys to why the dead returned to life are hidden in research facilities long abandoned – but the undead also roam above, ready and willing to consume the flesh of the unwary. And as if that weren’t bad enough, it seems as if the same thing that caused the zombies to evolve in the first place has allowed a scant few to retain the most devastating ability of all: their intelligence...

Dondi Ratliff's Zombies! sim is looking for at least two more players before he can get going. For an action-packed sim set in The Big Easy, with undead aplenty, please contact him now!
Posted by Silent Hunter at 05:36 No comments:

The first sim created in Phoenix (in fact it was intended for DDC) looks like being the first to hit the 1000 post milestone.

With 946 posts in 20 threads at time of writing; it is 190 posts ahead of Jericho, another sim inspired by Firefly. The third most posted-in sim is The West Star, in the Star Wars section.

Atlantis is actually more popular than every forum except Management.

Well done to Mike Palmer and his crew!
Posted by Silent Hunter at 09:54 1 comment: 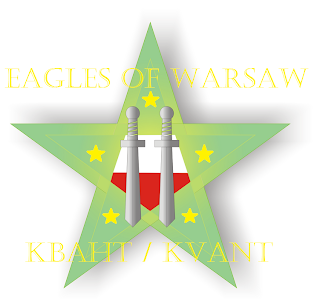 This action-packed, dramatic and at times deeply satirical RP focusses on a special operations vessel of the Eagles of Warsaw, an elite mercenary group, as they face their toughest challenging yet - protecting rock musicians.

The sim needs a CO and some mercenaries, so please contact Silent Hunter via PM or email today!
Posted by Silent Hunter at 08:17 No comments:

Discussion on the future of the Star Trek sims

Due to a massive decline in activity, Phoenix Roleplaying is holding an open consultation on the future of the two Star Trek sims on the site (Starbase 222 and USS Repulse). The current proposal involves mothballing one or both sims until demand picks up, but this is by no means a certainty.

The thread is here, so please make your opinions heard.
Posted by Silent Hunter at 03:48 No comments:

General Coordinator Plom today announced that Dawn Castell will be moderating the Stargate OOC area under the leadership of Nick Buchanan.
Posted by Silent Hunter at 05:31 No comments: