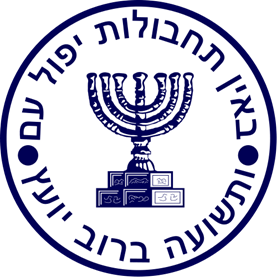 The Seal of Mossad

Israeli special operatives had spent the last day infiltrating Iran and making their way to Natanz. Once they were there, they successfully took out the IRIGC guards around one of the damaged Natanz building and blew it sky high.

Meanwhile, the Iranians activated a sleeper agent and got access to the options that the Israeli cabinet were considering.

There is a card called Sleeper Agent. Playing this one in a Solitaire game is a tad hard, so I put myself in an Iranian player’s metaphorical shoes. Noticing the Israelis had Major Expose, I decided Iran would not play Incriminating Photos again.

Israel got a present from the USA – EGBU-28C bunker busters. These would be valuable for attacking  Natanz again – or Qom. The Pasdaran ordered one big missile strike with 8 launchers on the Israeli airbase, although it was probably not going to be effective.

The US President made a major appearance on a US talk show, but it did not swing any minds in the US. As he was doing so, Iran tried to close the Straits again, only causing a nuisance as their attack on a GCC tanker was easily driven off. This bolstered their standing with the PRC, but no further support would be coming from them for the moment.

Israel now made its sneakiest and dirtiest move next – getting an assassin with forged Iranian papers to take a pot shot at the Turkish Foreign Minister. Despite further pro-Palestinian protest in Turkey and Jordan, this infuriated Ankara so much that they opened their airspace to Israeli warplanes for a further strike…

Jordan’s opinion track got moved to -1 by the Palestinian Unrest card, but Iran was unable to move Turkey from its +7 position. Mossad deserve a bonus.

With the northern route available to them again, a night-time airstrike by the F-15 squadron was ordered on the nuclear site at Qom with the new bunker busters – Iran’s air force was not on alert…

Turn 6 will be an interesting one.