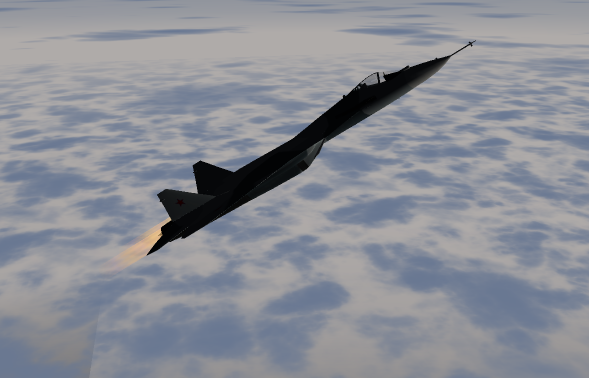 Silent Hunter's high speed air warfare sim is looking for players to join the Royal Air Force as it gets involved in a Middle Eastern crisis. Please PM him today!
Posted by Silent Hunter at 14:22 No comments:

[For most of its history, Doctor Who was split into serials each under one title with multiple numbered episodes, usually four or six, but ranging from one to fourteen over the classic era]

A group of intrepid colonists leaving an overcrowded world are facing crop shortages as a mining corporation tries to get rid of them. Suddenly, a spaceship arrives.

It sounds like an episode of Firefly – in fact it’s a serial of Doctor Who aired in 1971, before Whedon had even turned seven years old.

Series 8 of Doctor Who, the second colour season and the second featuring the Third Doctor (Jon Pertwee) would introduce two of the show’s best known characters, both of whom made appearances as recently as 2010. One of these was Jo Grant. The other was the Master.

Roger Delgado’s portrayal of the Master (it is not a spoiler to say he appears in this story, as he’s on the DVD cover) is a marked contrast to Simm’s madder than a roomful of Victorian hatters approach. He’s urbane, witty – but still utterly insane (telephone cable strangulation, anyone?). Think of Moriarty to the Doctor’s Sherlock Holmes – the writers certainly were.

Before we begin, it’s worth setting the scene. After having to call the Time Lords for help (their first actual appearance) in “The War Games”, the Series 6 Finale, the Second Doctor was put on trial for meddling and convicted. His sentence was to forcibly regenerated (a word not yet in use) and exiled to Earth in the 20th century, losing his ability to control his TARDIS. He crash landed, ran into UNIT and the Brigadier, dealt with the Autons (Series Seven’s “Spearhead from Space”) and got a job as their scientific advisor, with a scientist assisting him called Liz Shaw. She lasted for one season – mainly because the new production team (Producer Barry Letts[2] and script editor Terrance Dicks[3]) felt they needed someone who could better act as audience surrogate – i.e. ask the Doctor what’s happening. The team also made the show lighter and more fantasy-based than the “hard sci-fi” Season 7 [1].

With Liz gone, the Doctor found himself saddled with a new assistant, who had used good old fashioned family connections to get herself a job with UNIT. Josephine “Jo” Grant (Jones these days, as she recently appeared in The Sarah Jane Adventures), a sometimes ditzy blonde who had failed her Science A-Level, proved her worth in other ways, being not too shabby in a fight.

“Colony in Space” is Jo’s fourth story and her first trip in the TARDIS – in fact she’s never even been in it up to his point and doesn’t believe it’s a time machine that’s bigger on the inside. In fact, it’s the first off-world story since “The War Games”, as the Letts-Dicks team were worried that the show was losing its best selling point and came up with a solution to work around the exile….

[1]That’s not to say it isn’t a good season – “Doctor Who and the Silurians” and “Inferno” are rightly considered classics.

[3]Still alive. Wrote an awful lot of Target novelizations and other tie-in books.

Posted by Silent Hunter at 14:15 No comments:

Posted by Silent Hunter at 14:27 No comments:

Apologies for the delay in this, I’ve been very busy.

Russell T Davies OBE can be a notoriously variable writer when it comes to actual quality of work.  His four season and four specials tenure on Doctor Who saw him write classics such as “The Waters of Mars”, mediocre stuff like “New Earth” and stinkers like “Love and Monsters”.

While his time as lead writer on the show has now ended, he is still involved in the Whoniverse with two of his own creations, although one of these, The Sarah Jane Adventures, has now been ended by the tragic loss of Elisabeth Sladen.

Torchwood, his first spin-off, revolves around a secret organisation of alien investigations led by pansexual immortal former companion to the Ninth Doctor, “Captain Jack Harkness” played with considerable matinee idol swagger with by John Barrowman. Being a far more dangerous organisation than even 24’s CTU, at the end of Season Three (Children of Earth) only two of the “original” five members were still alive, with Captain Jack going off-world to get away from what he’d had to do at the end of that event.

As we begin this season, Gwen Cooper, now with baby Anwen and husband Rhys, is living in a remote area of Wales. Jack is somewhere.

In the USA, convicted paedophile and child murderer Oswald Danes is about to get a lethal injection and a man called Rex is about to crash his car and get a pole through his chest. Neither actually die. Nor does anyone else.

You see, humanity suddenly stops dying, which is going to cause some problems. Not so much in the field of overpopulation (we’re already heading for a population of 9 billion by 2050 as is) but in the situation of a huge number of people who should be dead but are still in some form functioning. The solution will not be pretty. It’s up to Jack, Gwen, Rex, Dr Vera Juarez and a CIA analyst named Esther to get to the bottom of all of this.

It’s an intriguing, globe-trotting tale that uses both its US and Welsh locations well, but it runs into problems – lots of them.

One thing that became obvious during this ten episode run was that it shouldn’t have been ten episodes. This story could have been effectively told in eight and stretching it to ten caused a lot of unnecessary drag. This especially applies in the closing episode, where I was mentally wishing that they’d just get on with it. There’s keeping the audience in suspense and then there is frustrating them – this entered the latter. The “solution” is unconvincing – yes, I know this is a show that involves a time travelling police box.

There’s other problems too – some of the characters aren’t all that good. Oswald Danes, while well played by Bill Pullman, seems ultimately unnecessary to the plot. We didn’t need an evil paedophile here – it’s like he was added solely for ratings. Jilly Kitzinger was better, but still lacked something.

It’s not all bad though. People still get “killed” in this and some of the deaths are truly shocking. There’s also a particularly disturbing scene involving a broken neck. The overall plot is good and has a few nice red herrings – it’s just a pity it wasn’t shorter. Eve Myles is particularly good in this and sparkles in her scenes with John Barrowman. There are some very thrilling moments and some truly great humour. Also, the end scene is rather interesting and sets things up for another season…

If we get another season – the continued existence of Torchwood as a viable show remains clear. Certainly, with the mediocre performance that was Miracle Day, I wouldn’t be upset if it didn’t come back.

Posted by Silent Hunter at 08:20 No comments:

Amanda Bond was today announced as the winner of our banner design competition - you can see her entry above.

The new logo has already been integrated into our blog banner alongside the Buccaneer bomber that is this blog's only symbol and will soon be added to the site proper.

Congratulations, Amanda!
Posted by Silent Hunter at 11:11 No comments:

We do not yet know how it happened, but the site is now up again.

Seems something has happened to our site. We don't know what.
Posted by Silent Hunter at 13:09 No comments:

Email ThisBlogThis!Share to TwitterShare to FacebookShare to Pinterest
Labels: Downtime

We're currently discussing just what effect the events of the ending of the Serenity movie (i.e. the Miranda wave) would have had on the Firefly universe. The decisions made will shape the entire RPing "canon" of Phoenix and affect all of the sims to a greater or lesser degree.

The discussion thread is here.

Please, let your thoughts be known!

Posted by Silent Hunter at 04:33 No comments:

I've just added this page to our Wiki. I hope it will come in useful.
Posted by Silent Hunter at 11:18 No comments:

What is Steven Moffat smoking?

In an episode that brought us cannibal skulls, people being killed by eye patches and Winston Churchill as the Holy Roman Emperor, disembodied talking heads was actually pretty sane, if only because I’ve seen it in Futurama. Even by the Moff’s trippy standards, this was far out.

“The Wedding of River Song” answered a lot of questions and left others unanswered; as is the way with the season finales since 2005 (the concept didn’t really exist in the era of the First Seven). We finally found out the truth about River Song and the whole thing with “The Impossible Astronaut” (got to say this: the Moff does simple but great get out stuff, even if this sort of thing has been done before in Who). Then we got stuff unanswered about the “Fall of the Eleventh” and “Silence must fall”… Hey, RTD didn’t answer everything either, like who was that woman in “The End of Time”?

As season finales go, this was a mixed bag. We had a superb performance from Matt Smith, who despite being the youngest man ever to take the helm of the TARDIS (I believe he’s still younger than Davison was in his first season) plays a 1100 year old man with aplomb. The other leads were great and Amy’s particular decision re a certain character was very well-played. The last scene where the first question was asked – a great ending.

However, a lot of this seemed to flow poorly and a case of throwing in creatures just for the sake of it. “The Big Bang” used its menagerie far better and while the Moff clearly loves his alien creatures, you can do the Mos Eisley Cantina one too many times. We didn’t need Winston Churchill either.

I’m not saying this was poor, but it could have been a lot better – only the brilliant ending scene put this into the 8 category.

Finally, I must thank Steven Moffat for mentioning the Brigadier in this story. I know a lot of fans were upset that Nicholas Courtney didn’t get an on-screen tribute caption this season, but I feel that the scene when the Doctor is informed of the Brig’s death (a key turning point in the story) was a wonderful tribute to the man and the character.

Posted by Silent Hunter at 13:41 No comments:

We've had some new sims arrive here in the last couple of weeks:
More information on these sims will follow - and I intend to do some interviews too!
Posted by Silent Hunter at 04:42 No comments: