If you like Vampires and Werewolves then Will Smith might have something for you. Check out the proposal in the Management forum.

In a piece of news I missed, Euan Reid announced on 13 September that negotiations have ended with DDC Games.

"Negotiations between ourselves and DDC had been progressing along, with occasional minor hitches, for a while, but we've eventually reached a point where it's become clear we're not going to come to an accord - DDC wanted a "company and client contract", but felt we wanted "a partnership". Unfortunately, this has resulted in negotiations being dropped".

The partnership with DDC will continue; players will be testing their desktop games.
Posted by Silent Hunter at 12:13 No comments:

If anyone wants an IC interview with one of their characters, please PM me via the site.
Posted by Silent Hunter at 02:35 No comments:

Advert: After The Turn 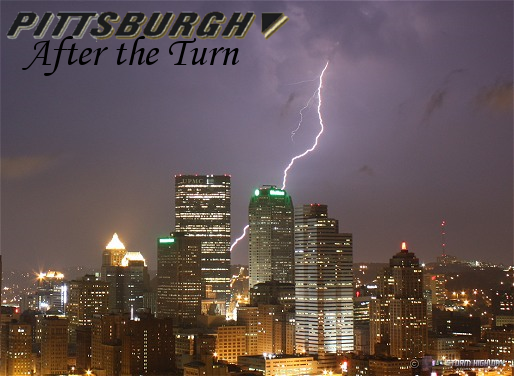 Half a century ago, mankind learned it wasn't alone.  Witches, Vampires, Weres, and a host of other inderlanders came forward when a virus wiped out a quarter of the human population.  Now, living along side them, a new society has settled, living along side each other, sharing the same daily routine, and same daily struggles.

In Pittsburgh, things are no different.  Weres make up the Burgh's championship sports teams, Witches mix brews up on the Hill, and a vampire runs the hottest night club on the south side.  Things change, when a Demon shows up on this side of the Ley Lines, and petitions the mayor to become a permanent resident.

Posted by Silent Hunter at 07:12 No comments:

The Odyssey, a small transport vessel flying around in the Firefly universe, is still looking for those who seek thrill and adventure? Think you have what it takes to live on the edge, always looking for the next badly payed job? Then join the crew! We're currently still looking for a doctor, mercs and passengers. Seek us out at http://phoenix.reide96.com/

-Mischa Brendel, CO of the Odyssey

Posted by Silent Hunter at 04:50 No comments:

In a day of dramatic twists, Chris and Daniel may have snatched defeat from the jaws of victory.

The 24 hours began at around 10pm London time yesterday, when Chris and Daniel posted their email correspondence with Ash; he had heavily criticised their behaviour over the affair. They thought that he was threatening to publish and acted pre-emptively. The emails included a statement that they would have preferred Ash to make the decision himself:

"If you could give a straight answer as the admin of your club, instead of putting it to vote, we could've gotten this done sooner, democracy doesn't always work and it isn't always the answer."

This caused several supporters to change their votes, the first being Silent Hunter who was on the site at that time.

Early this morning, Robert Longtin, Election Coordinator, decided that the two had changed the terms enough and did not want to run the vote every time, so issued the following ruling:

As Election Coordinator, given that the terms of the lease to be voted on have changed, I hereby declare this vote NULL AND VOID until such time that new terms are settled upon for a new vote. Any terms to be decided are to be processed by Robert Longtin - the Election Coordinator - to be put to a vote. Once the terms are decided, they are to be made available in full to all members and put to a vote.
Once a vote is opened, the terms of all items within a vote are considered legally binding for the purposes of a vote and if at any time changes to the terms are to be made, then the Election Coordinator is required to nullify and void any votes prior to the changes being made on any votes relying on the pending changes.
Once new terms are decided, votes dependent on those changes may be reopened for the same length of time given to the previous vote(s), starting with the date on which the vote(s) are reopened.

Ash later ended the vote and removed the poll: the "result" was 8-14-2, although two of those first votes were by Chris and Dan, who wished them to be discounted. With 22 out of 46 members participating, this was nearly a 50% turnout.

The state of play is now as follows: Ash and Euan will take to negotiate terms with Dan and Chris. If these are agreed, it will go to a vote.

It's been a very interesting 24 hours.

Posted by Silent Hunter at 14:10 No comments: