Rendering the vortex ('Doctor Who': the games) 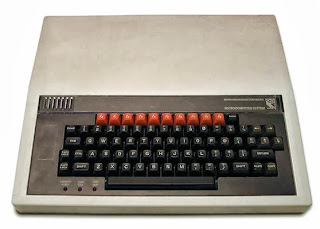 Your own portable time machine (image: Stuart Brady, retouched by him)

The licence fee that is charged for every household in Britain that has a television that receives live television (currently £145.50 and frozen at that level to 2016) does not cover all the BBC’s expenses[1]. As a result, “Auntie” is also reliant on money coming in from its international channels, overseas sales of its programmes and merchandising.

Thus it is not surprising that Doctor Who has been one of the corporation’s biggest cash cows, although it can’t claim to pay for itself like Top Gear. Over the years, the BBC has sold the rights to make board games, card games and other sorts of games.

In this final look at the expanded universe, we will be looking at two of the areas of greatest interest to Phoenixians – namely tabletop-roleplaying and video games.

There have been three officially approved RPG systems, or ports of systems, set in the Doctor Who multiverse. The dates given are of initial release to the last supplement being produced.

Produced while the classic show was still on and PBS stations were still running it a lot (especially Tom Baker stories, hence Four and Leela being on the cover as opposed to the incumbent Sixth Doctor), this game set, aimed at the US market, used similar rules to FASA’s Star Trek product[3] – including a d100 based system i.e. roll two ten-sided dice, one for the 10s and one for the second digit. The main box set (with two different versions) featured a player’s guide, a GM’s guide and a universe guide – with three sourcebooks and seven published adventures following. this In addition, two single-player ‘gamebooks’ were published with the mechanics. Further works were planned when the series was cancelled due to falling sales – the show was past its first peak in both in the US and UK.

The background material, which allowed you to play as the Doctor and his companions, or another Time Lord, took some interesting takes on the canon in an attempt at internal consistency – most notably suggesting that the Monk (from the 1st Doctor’s era) was another incarnation of the Master and that Adric got rescued by another Time Lord instead of dying.

Citadel Miniatures, perhaps best known for their Games Workshop products (they’re a subsidiary of it) also released a batch of 25mm miniatures to be used in connection with the game.

An unsuccessful attempt at a new system, this spawned one 287-page paperback only, now freeware.

Doctor Who: Adventures in Time and Space (Cubicle Seven, 2009-present)

The current RP system for the show, this one aimed at young audience is currently in its second edition (the first has Tennant, the second Smith) and has a number of supplements, including a planned set for all the Doctors scheduled for later this year.

The system discourages violence – those wishing to take fighting actions come last in the initiative system, combat is pretty deadly and you can’t scratch a Dalek with any game weapon.

More prolific have been video games; we will only be covering cartridge/CD-esque games here instead of integrated devices a la Nintendo’s Game and Watch series – we will also skip the Flash games featured on the official website, unofficial titles (some definitely violating copyright, some non-commercial and others getting away with it via being clear spoofs e.g. Doctor Goo and the Samaroons), mods for other games and “program yourself” games from early computer magazines. As most of these have the words Doctor Who or Doctor Who and in their title, that will be omitted to avoid me repeating myself excessively.

It’s possible fair to say that there is a potential classic game that could be made with the licence; it just hasn’t been made yet.

The first official release (Doctor Who Adventure, an unlicensed and technically illegal game, beat it to the market), this game featuring the Fifth Doctor was basically four levels that were variations of popular games at that point – such as Frogger i.e. cross moat, avoiding getting hit by whatever.

A text adventure featuring the player as a companion to an unspecified Doctor (presumably Colin Baker’s), this is split into two parts, each with 250 locations.  The first takes place in the distant future, the second around the Battle of Waterloo in 1815. I somehow doubt it’s as hard as the text game for The Hitchhiker’s Guide to the Galaxy[4].

A 2D platformer, this featured the Sixth Doctor and a robot cat called Splinx. While not loved by fans, it did get pretty good reviews at the time.

A platform “shooter” (you had a sonic screwdriver) where the player could play either the Second, Fourth or Seventh Doctors teaming up with a second player as the Brigadier or Ace to deal with a Dalek invasion of Earth, travelling to various global locations. Interestingly, it features the diamond logo on its title screen.

One of the two I’ve played, the first 3D game on this list, this BBC Multimedia tale saw the Master (played by Anthony Ainley in his final appearance as him before he died) abducting the first seven Doctors[6] and you playing an amorphous creature created by them called the Graak, who most go through a series of challenges set by the Master to rescue them, while avoiding various monsters from the show. Notable for the large amount of info on the show available in the in-game archives (including clips from episodes then not available on video), it is however pretty poor, with no clear instructions, a hero you feel nothing for and generally bad graphics even for 1997… it’s not liked by fans and the best thing in it is probably Ainley being hammy.

Good luck trying to get it working on a post Windows 95 system.

In essence, nothing more than a video game version of the card game in which you have to pick a category for your card and hope it’s not lower than the one in your opponent’s hand. A cash-in, basically.

A “point and click” game with puzzles etc. voiced by Matt Smith and Karen Gillan in their roles as the Eleventh Doctor and Amy Pond, produced by Asylum Entertainment; it didn’t get very good reviews, even if it was the first proper videogame for the show since 1997.

The companion to Evacuation: Earth, this 3D adventure puzzle game, which supported a sonic screwdriver version of the Wii remote. It got panned by critics (getting 19% from Official Nintendo Magazine[7]) for poor gameplay and a bad story; it still sold pretty well… demonstrating that you can sell nearly anything with a Doctor Who logo.

The Mazes of Time (2010, Apple App store for various i-thingies)

A tablet and smartphone game, this again featured the incumbents of the TARDIS, travelling through seven locations solving puzzles, avoiding monsters etc. to save a family attacked by a rogue Dalek and scattered across space-time. Two updates were released with extra content including the Autons and the Weeping Angels respectively.

A series of games downloadable for free from the BBC website if you are British and purchasable for a small fee otherwise (to do with the licence fee), these episodic games saw the Eleventh Doctor and Amy in fully 3D adventures where you had to sneak past Daleks, collect items and so on in an interactive adventure, also voiced by the stars of the TV show, including Nicholas Briggs. The three regulars had their motions captured using rotoscope to make their movements in game more realistic. Other voices appeared, including Emilia Fox.

The first season consists of:

I’m currently working my work through these… albeit very slowly. It’s a bit difficult to control at times and the puzzles are a bit frustrating when the controls don’t respond properly. This said, the series (advertised on TV) was very popular and got a lot of downloads.

A planned second run opened with The Gunpowder Plot (and added Rory, now a full companion, to the game)  but the series was then shelved to focus on other things.

The first massively multiplayer game, this cartoon-style online work is a freemium game i.e. free-to-play but with purchasable extras i.e. clothing, equipment and so on. Other clothing etc. can be acquired by playing the game and includes items from throughout the run… your character can wear Zoe’s sparkly top or Benton’s Beret, among many other things – some pretty obscure.

A platform/puzzler featuring Matt Smith’s Doctor and River Song (both voiced by their actor) dealing with rogue time corridors, this was delayed by three months but it appears that time was not used for polishing… reviews were mediocre to poor, with the game being attacked for a large number of bugs. It’s basically 2 and a half D – 3D graphics with 2D action. Two planned sequels have been postponed for the moment.

No further games are known to be in development at the moment.

Thus we come to the conclusion of our look at the expanded universe, which can only be a partial look – it’s simply vast and the products available with show connections range from the sublime to the ridiculous to the blatant cash-in (ice cube moulds from Lakeland).

We now return to the show proper, looking at the period from 1997 to 2004, where there was more than one false dawn and a sunrise that could have stopped…

[1]£49 for the very few that still have a black and white set, this fee can cause considerable political controversy, especially from the tabloid press every time the BBC is perceived to be wasting money i.e. on salaries for its stars, although it could be argued that is the price of stopping them hopping over to the other channels. About the only network that gets anything like as much scrutiny is Channel 4, whose minority representation remit and desire to get headlines results in shows like Big Fat Gypsy Weddings or My Ten Stone Testicles.

[2]Originally standing for Freedonian Aeronautics and Space Administration (a reference to Duck Soup, a classic Marx Brothers film), this company published Shadowrun and MechWarrior among others; while ceasing active operations in 2001, they still own the licences and lease them out to other publishers.

[3]Running from 1982 until Paramount suddenly revoked their licence in 1989, apparently due to the success of TNG and concerns over violence.

[4]Whether you try the original here or  the 20th anniversary updated version available here, this game is known for being fiendishly hard – it is entirely possible and indeed common to die in the first scene (hint: take the white analgesic tablet).

[5]Many of the videos featuring him are available on the “Survival” DVD.

[6]The four alive at that time contributing original voiceovers to the game, along with Nicholas Courtney.

[7]Their summary: “Clearly made by people who hate games, sci-fi, and everything decent about humanity.”