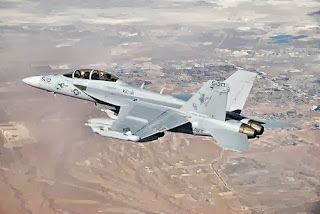 As night falls on the sixth day, Israel prepares to throw the metaphorical kitchen sink at Iran. In the meantime, the Americans just settle for the taps.

For the US carrier in the Indian Ocean supporting the Israeli attacks against the Iranian nuclear programme, it was time to go all out with the next strike. As the Rhinos and Growlers headed for the secondary facilities of the Uranium Conversion Facility at Isfahan, they were entirely geared for strike operations. The SAM and fighter suppression would be dealt with by the Suter attack, while the EA-18Gs would distract the attention of the three remaining Pantsyr vehicles.

The Suter attack worked a trick; it took out all the SAM batteries in the area of the target and prevented a Sector III intercept; with no aircraft available in Sector II to do anything, the approach to the target was uninterrupted. With the HARM missiles not destroying any SA-22s, but certainly making them use their missiles, there were 14 Tor-M1 shots available to stop 48 incoming guided bombs. They tried to focus one shot on a weapon heading for each target (well twelve of them, the thirteenth was not targeted), but it wasn’t enough. After this strike, the only facility still intact was the one designated C13, with C7 the only of the twelve not destroyed.

The only fighter response on the way out were two Tomcats, who were unable to shoot at their maximum range due to the jamming from the Growlers. Four Hornets shot- they sent one back to base and one into the mountains sans pilot.

Realising that Isfahan was likely gone in the near future, Iran ordered the rebasing of the SAM vehicles there to Natanz, to defend the partly damaged site there.

A slight error – this probably should have gone next turn. I decided that the vehicles would not be in place and ready at Natanz until Turn 20. This was the biggest mistake Iran made in the game; it took ten SAM launchers off the table for the next turn… with the strikes planned for the 19th turn.

The international community was now starting to get sick of the situation with Iran’s belligerence against people who hadn’t actually attacked in the beginning and the condemnation was starting to manifest itself in Tehran, with demos against the regime that the security forces had a hard time dealing with.

Israel played Widespread Condemnation, a seven Political Points card that allows it to roll seven dice on the Iranian domestic track. In the right contexts, that can win it a game. Here it just moved Iran to +1; there were only two successful rolls.

Iran now tried for the final time to close the Straits of Hormuz; it succeeded in doing so, but at the cost of infuriating the Chinese, who now decided that perhaps they’d backed the wrong horse as it kept kicking them.

Israel now ordered two air strikes. The first would be with its F-15I squadron, with fourteen of nineteen strikers going after the heavily protected main reactor with the improved EGBU-28C bunker busters delivered from the USA. That would go via the south route.

119 Squadron would hit Arak’s reactor from the North, with ten of the F-16s carrying SEAD loadouts to deal with the SAMs there. They would be facing an Iranian force going for one last push in the maintenance field; if they could hold Israel for one more day…