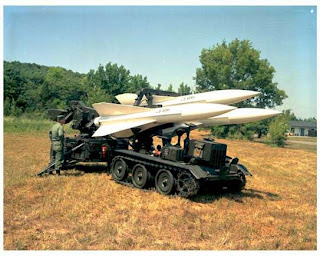 Now over half way through the game and Israel orders its biggest strike yet.

As Day 5 progressed, Israel now decided it was going to go after Arak properly, ordering a strike with the F-15 squadron and 253 squadron providing SEAD support against those pesky SAMs guarding the heavy water planet. This attack would go down that night, hoping that 48 planes could do what 24 couldn’t.

As other planes headed towards Kharg Island, more political action was taking place. Anti-war protests in Europe and a major British company announcing it would withdraw from Israel damaged UN opinion for Israel, but their media surrogates were working full-time and the US agreed to launch further air strikes.

Israel’s playing of Favourable Media moved the Israeli track to +5 (it had been down to +2) and the US back to +9. Turkey ended this turn at +5; one away from blocking the planned Arak strike.

The S-200 site guarding the Kharg Island terminal was suppressed by the Israeli strike, but the Iranian fighter forces were on strong alert. Three pairs of fighters, two Phantoms and one Fulcrum tried to stop the incoming Israeli strike. The results were distinctly one sided – both F-4 flights lost one plane (with one death) and had another damaged, while the MiG-29s were both destroyed with the loss of their pilots. No intercepting aircraft even fired a shot.

With the only I-Hawk shot against the F-16s missing, the Israelis were unopposed in inflicting serious damage on the facility, wrecking large parts of it and putting holes in the pipelines to the offshore tankers.

As they came back out, the Iranian response was four F-5s (two damaged, two destroyed) and a single F-14 that was sent home smoking before it had even gotten into Phoenix range. The results of this comprehensive victory was a further move away from Iran among its major oil clients.

Even armed with just two AIM-120s, F-16s are tough fighters to beat for an Iranian force largely limited to dogfight IR missiles. The AIM-54 is long-ranged, but largely ineffective against fighters. If Iran wants good stuff, it needs to have Russia or China as allies.

Iran managed to completely close the Straits of Hormuz with mines and small craft, but had no success on influencing the US not to launch another carrier-based strike; while Israel’s attempts to shore up Turkish support with a study showing the damage a nuclear war could do to it went unnoticed by Ankara.

Iran made big media play of civilian deaths at Kharg Island, but the US and GCC’s response was that they should have moved those people out of the way of the place – they had been warned after all. It also used the black market to bolster its political leverage.

It would need it – 32 breakdowns gave it only 22 operational jets, with Sector 3 covered by just one MiG-29…