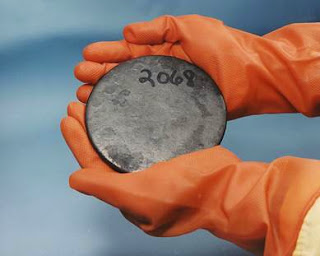 My Persian Incursion continues as Iran in the real world elects a new President.

Another American airstrike of 14 jets headed in, but this time, it had company in the form of electronic warfare. A highly successful Suter attack, aided by the Growlers, took down the entire air defence sector, with no engagement by the strategic SAMs or fighters possible either in or out. Well, the F-7Ms could have responded on the way out, but on those odds…

With only 16 aircraft available anyway, Iran could not have done much even with a fully working system though.

Their target was the Uranium Conversion Facility at Isfahan, the second such attack on the facility after the previous one failed to destroy two primary targets because of the Iranian local SAM defence. Thus the two Growlers were tasked to destroy the Pantsyr but merely succeeded in distracting them with their HARM missiles, as all the vehicles survived. This still left the Tor-M1s able to fire and they took out all but three of the guided bombs.

Local SAMs have a strong chance of shooting down HARMs, with a total of 14 systems currently parked at Isfahan, six of which are the SA-22s.

Those three were enough however to destroy site A1 and A3, giving Israel a welcome boost for destroying their second nuclear site. The extra political boost allowed them leverage in flyover negotiations with Turkey… not that they didn’t already have flyover rights, they just wanted to make sure that they didn’t lose them.

Israel scored a Tactical Victory and took two Political Points off Iran as a result of the roll. Knocking out more sights gives a bonus to the roll that could still win them the game.

Iran could not really respond and now faced 169 aircraft out of 176 being unavailable at day’s end… hopefully a lot of them would be repaired soon as more Israeli strikes were coming.