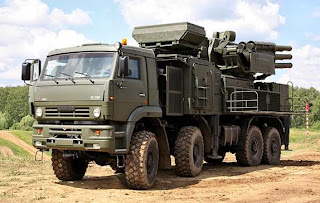 Surprised that it’s been less than two months since my last post in this series – while there was little political activity, there was a good deal of the military sort.

Iran only had 30 operational fighters at this point as two airstrikes headed their way. The first was a carrier-launched strike of 12 Super Hornets and two EA-18G Growlers, target Isfahan – specifically the Uranium Conversion Facility.

Four of those fighters broke off for fighter suppression, but with three squadrons in Sector II on patrol and one more on alert, they couldn’t hope to eliminate an Iranian response entirely – and they got a response. The first of these was a pair of F-14 Tomcats, their long-range AIM-54s forcing one of the Hornets to land in Qatar. The F-14s themselves were eliminated by Hornets – one damaged, one destroyed.

The second interception mission decided not to launch an attack.

I rolled for two and forgot about the second – it was a flight of four as well!

The SAM suppression mission by the Growlers against the two I-Hawks guarding the site failed, with one of the sites still active – however, both the attacks from it missed cleanly. A loss to an antiquated SAM system like that would have been embarrassing.

SAMs would play a big role in the two raids – as the site was guarded by two Tor-M1 batteries and one Pantsyr system. Together, these weapons could engage all the LGBs from this strike – and they were able to shoot down 21 of the 32 weapons released by the Hornets.

And that’s a below par result!

While all four of the primary targets were hit, only two were destroyed and another raid was going to be needed to destroy the site’s main targets.

The Hornets now faced a going away part – two Tigers and 3 F-14s coming to intercept them. Two F-14s were lost, complete with their crews, while the other aircraft went home with damage. None of the Sector III units were able to intercept as most of them had been stood down.

F-14s can only patrol singly.

After the mission, it was discovered that one of the bombs had hit a civilian bus… however, the GCC governments knew that was just a tragedy of war.

A second attack was now launched by Israel, with F-15s and F-16s, going for the zirconium plant. The inbound strike was spotted and eight Iranian fighters headed to intercept, in two groups of four. The bad state of the Tiger force in Sector II meant that seven of the eight attackers were F-7Ms, Chinese copies of the MiG-21. Six of the defenders were swatted out of the sky by AIM-120s and two more limped home to fight another day.

I thought the F-7Ms would do better than they did – but they are limited to IR AAMs.

The sheer weight of weapons load couldn’t be stopped by the modern point defence SAM systems, but they did well and only three of the six plants were destroyed – one escaping damage entirely. Again, another strike would be needed, but at the moment, Israel was not able to launch any further.

The SAMs focussed on the first 28 bombs for facilities A1-A4; being able to only really defend the first three. Israel did not have enough Intelligence Points for another attack, which I was aiming at the Shiraz oil terminal.

The Israelis went home, Iran deciding not to commit any aircraft to attack them, noting how badly they’d been hit the previous time.

Iran now attempted again to close the Straits, but the move backfired, as the IRGC speedboats shot up a cruise liner and hardened international opinion against Iran, whose air force was now in dire for – only 16 of their aircraft were available for operations across the entire country, despite few further breakdowns.

Iran’s Hormuz rolls were bad and Israel then played Overzealous Pasdaran. Iran now has to face another US airstrike with not enough aircraft in the key sector for a flight of four. However, the public opinion game is one that Israel is not doing well enough in as we pass the halfway point.